Discover Award Winning Bikes – Just Not How You Know Them!

If you’re looking for Britain’s best electric bikes at unbeatable prices, it’s time to move away from pedal power and consider something with a little more va va voom. Because we are a company that exclusively retails VOLT™ models, Electric Bike Store cyclists know that they are getting the very best in bicycle design coupled with the very latest in exclusive transport technology for a fusion that is altogether more powerful. 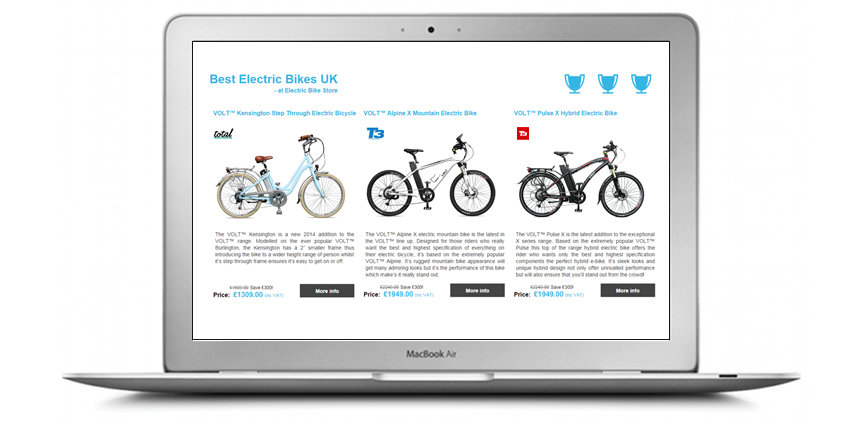 Thanks to its forward thinking design, advanced technology, smart motors and premium manufacturing quality, VOLT™ is (pardon the pun) electrifying the industry. Whether you’re a commuter or a student looking for a cool new way of traversing urban terrain or looking to inject a sense of fun into country living, this new generation of ebikes has got it covered.

In fact, earlier this year our highly desirable Alpine X won itself a place in one of the technology industry’s most highly respected countdowns; T3’s Hot 100 list. Also making the list were global tech giant names such as Google and HTC. With its high spec features and a capacity to go over 80 miles on just one charge, the Alpine X holds its own against such prestigious names. 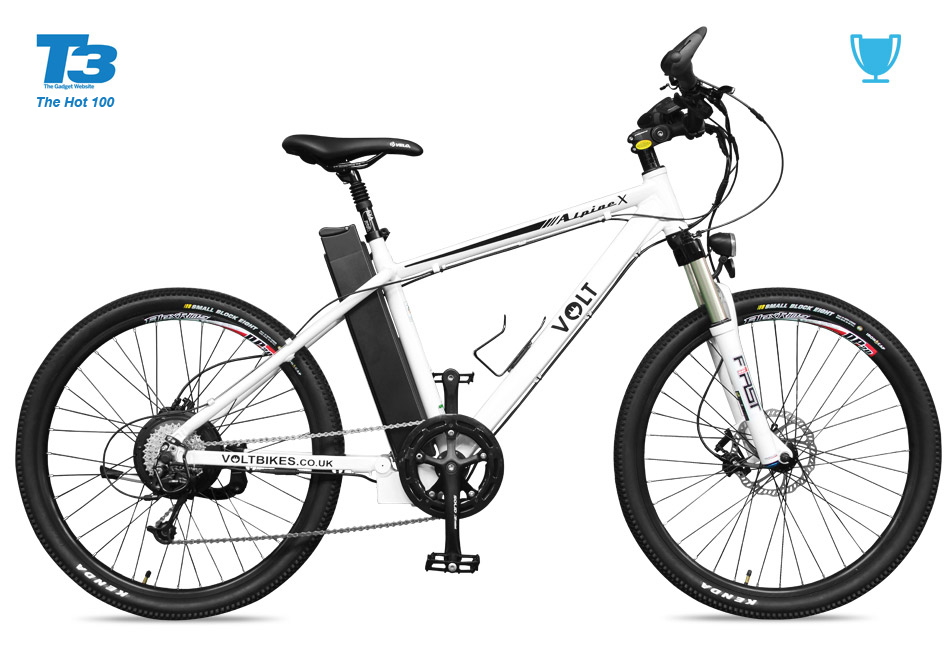 The Kensington has also been making waves in the world of electric bicycles and was awarded a spot on the Total Women’s Cycling list of Top 10 Electric Bikes. Not only did it make the list but according to author Rebecca Miles, the Kensington is also “one of the prettiest e-bikes on the market.” Now that’s an achievement! Featuring a lightweight frame, 55 miles on one charge and an almost silent motor, this model is perfect for ladies who want to make their daily commute in style.

VOLT™ scored a hat trick when T3 featured the Pulse X as the #1 electric bike to buy in 2014. As a hybrid e-bike it’s perfect for those wanting a smooth ride on the roads as well as the rougher off road trails. Equipped with high grip hybrid tyres and RST First 32 front suspension, the Pulse X effortlessly absorbs the rough terrain. When the gradient begins to increase, the super high torque Bafang Power Motor is on hand to give you that extra kick. Utilising its lithium polymer battery, the bike is capable of running for a huge 80 miles from just one charge. 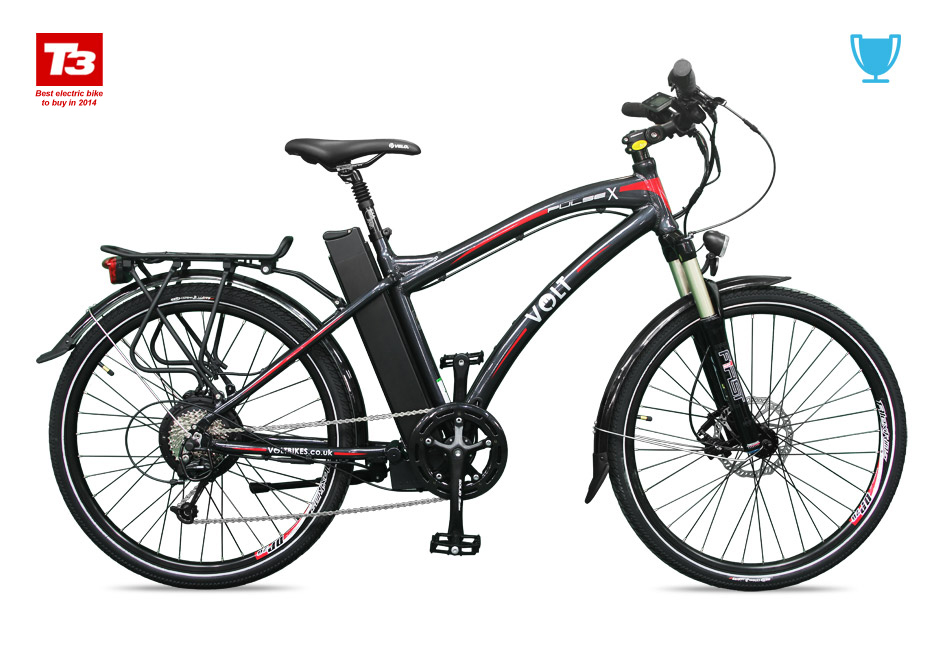 Whether you browse our online store, visit us in person, take a test ride at any of our UK demo centre or speak with one of our advisors, you are guaranteed to find a state of the art VOLT™ model that will have you flying effortlessly cycling across the city in no time at all!